Papyrus font: One of the Most Hated Fonts in the World

Papyrus font has been used to create numerous blogs, memes, and jokes, but all fonts don’t get the same treatment. You may have heard about the notoriety of Comic Sans, but this font has fallen into this category because of misuse and mistreatment. Then, Courier and Courier New play no vital role in codes and screenplays.

Papyrus is another of the most hated fonts globally because many people find it “childish and irritating,” but this can be more personal bias than factual evidence.

Since its creation, the papyrus font can be used on every desktop. The font comes pre-installed in Microsoft Word, and people can use it by choosing it from the font typography.

Some people may wish to use this font on Instagram stories, but it seems to be hidden on this social media platform. But, we have found a way out of that too. To use papyrus font on Instagram, all you need to do is:

Yes, papyrus font is free to use, and anyone who has installed Microsoft Word on their electronic gadgets can use papyrus font for free, with or without the internet. However, if you wish to use Papyrus font on Instagram, you need a good internet connection.

Who designed the Papyrus font?

Papyrus was the first typeface developed by Costello. However, little did Costello know that his first project turned out to be quite surprising for the world (only at first).

Can I use Papyrus font for commercial use?

Yes, you can use Papyrus font for commercial uses. But because of its notoriety in the market, if you set your products to non-English speaking populations or any other countries, chances are people will not be able to understand what information you’re trying to impart through this font.

What type of font is Papyrus?

Papyrus font is designed by integrating Biblical Times and the Middle East. By using this font, your text will appear like this:

What are the best alternatives for Papyrus font?

In 1997, when the papyrus font was added to the Microsoft Office, it gained popularity because of its artistic appeal and quality. However, the font lost its popularity over time and became more notorious among people. There are various alternatives that you can use to replace the Papyrus font, which is listed as follows:

Because of love or hate, Papyrus font is still among us and certainly provides us with a specific old-world flair. Moreover, since it comes pre-installed in Microsoft Word, Papyrus is always there to help you. You can either use it for the title of a historical film or a header for your research paper on Egyptian mummies.

Though, my piece of advice: is do not use this font for subtitles. Papyrus font is readily available, and it is also free to use. Thus, if you want, you can use one of the most hated fonts and present your piece of work uniquely. 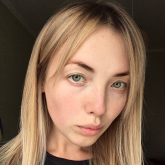